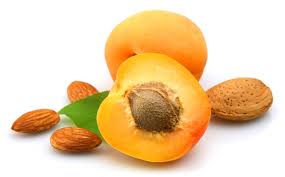 What everyone should know about apricot seeds

Apricot Seeds are believed to be one of the most efficient and cost-effective methods to naturally supplement your body with various minerals such as potassium, iron, phosphorus, and perhaps most valuably, vitamin B17. Vitamin B17 (Also known as Amygdaline) is often confused with Laetrile, although a chemically similar, but a different substance. The difference being that the actual vitamin B17 (Amygdaline) is all natural and plant-based, unlike Laetrile, which is chemically manufactured.

Apricot Seeds, sometimes referred to as “bitter almonds” or “apricot almonds” originated in Armenia, a nation in south east Europe, but is also widely used in Asian nations, most commonly China, the Himalayan region and other parts of Asia such as the pacific islands (Philippines, Malaysia, Indonesia). Local people have used Apricot Seeds in order to benefit their health in numerous ways.

Bitter Apricot Seeds have also been used in Australia and Russia as an alternative treatment for high blood pressure, arthritis, and many other health issues including cancer.

The seeds are obtained from the pit of the Apricot itself, the kernels and seeds are widely known for their medicinal usage.

Apricot Seeds possess anti-inflammatory properties which makes it a perfect alternative cure for arthritis. It helps reduce the pain and prevent swelling in infected areas. Try to incorporate Apricot Seeds into your diet and your arthritis pain will drop substantially.

Apricot Seeds for sale can be bought in order to be used as a natural painkiller – as theypossess a strong pain relieving effect due to benzaldehyde, a famous analgesic. Apricot Seeds are also a wonderful way of treating arthritis. It’s important to use it for the purpose of reducing pain, while lowering the symptoms and signs in patients dealing with rheumatoid arthritis. Furthermore, it can be used to reduce pain in people fighting cancer!

Another usage for Apricot Seeds is to help fight constipation, as it is discovered to have laxative properties, helping relieve constipation and your digestive system function properly.

Vitamin B17 helps you boost your immunity system, so buying Apricot Seeds for sale will reduce the chance of catching infectious diseases, such as cold and flu.

Being in contact with infected people, especially during winter colds requires a strong immune system in order to be immune to such infections. Apricot Seeds help boost your immune system and makes fighting infections far easier.

When ingesting food rich in saturated fats, your cholesterol level spikes which puts your heart at risk. Apricot Seeds contain the good kind of fats – unsaturated, which helps reduce cholesterol and improve the health of your heart and reducing the risk of falling victim to various heart diseases. Look for Apricot Seeds for sale when your heart is at risk.

Apricot Seeds for sale can be used as a potent antioxidant, which helps you repair your damaged cells, from skin to your inner organs, making your health stronger and appearance younger. Its ability to repair damaged cells causes you to not only look, but also feel younger and healthier.

As mentioned before, vitamin B17, which is found in Apricot Seeds is a nutrient that got it’s fame by being an effective killer of cancer cells. Many nations have historically used Apricot Seeds as a potential treatment for cancer. According to countless studies, vitamin B17 helps release cyanide to your body, which aggressively deals with cancerous cells, and prevents the cancer from attacking cells that are still healthy. A large amount of studies show that cancer patients lacked vitamin B17 in their body, while people that regularly consumed Apricot Seedsweren’t affected due to their cells becoming stronger and immunity system receiving an overall boost. Apricot seeds for sale are one of the best remedies for cancer.

The most efficient way of consuming Apricot Seeds is to buy them in its original form as kernels, as opposed to its powdered form. When looking for Apricot Seeds for sale, look for a quality product and make sure you choose a trusted provider.

Right now, Coyote Herbs are one of the best providers of Apricot Seed Kernels, as it’s reasonably priced, handled and packaged with care, and accessible worldwide.